The hills above Tálknafjördur looking out past the ocean inlet to the next mountain.

I was invited to talk parasites with a graduate student that lives in the Westfjords of Iceland. This was a great opportunity to collect snails for my own research but also, to learn about parasitic copepods of fish. I jumped at the opportunity for an adventure to the beautiful mountains of the Westfjords, but I knew it had to be soon to avoid the winter weather.

First snows of the season make for a beautiful landscape. 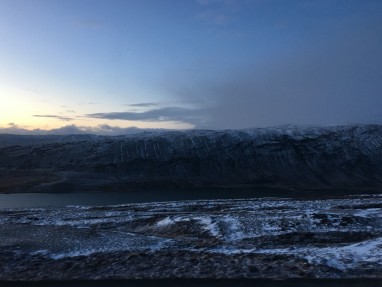 The view from one mountain top to the other along the road to Tálknafjördur.

My destination was Tálknafjörður, a small fishing village located in the southern part of the Westfjords. As the crow flies, Tálknafjördur is 119 miles away from my office in Sauðárkrókur, but since there is 40 miles of ocean and extended shorelines caused by the ocean-inlets of fjords, the trip is 267 miles. Along the way, I drove between, beside, and atop the fjords of the Westfjords, one of the most remote, and therefore, pristine locations in Iceland. Everywhere around me, I saw snow-peppered mountains from the first snow of the season this week, much later in the season than the norm. Despite nearly clear skies, snow was blowing from every direction. As I drove the south-east part of the fjords, the road turned to gravel and sheer cliffs on one side. So, despite the beautiful 360-degree views, my eyes remained focused on the road. Parts of these roads are not for the faint. While Icelanders drive them with ease, I was a little more apprehensive, but I had faith in my winter-studded tires-a staple for car owners in Iceland. The snow this week left these roads with ice, so the slow drive made for a long, albeit scenic, trip. Once over the first couple of fjords, the road becomes paved and skirts the along the peninsulas of the southwest part of Westfjords. Seven hours after my journey began in Sauðárkrókur, I was in Tálknafjördur.

Eva Jóhannesdóttir, Sigge Rasmussen, and their daughter, Embla, were my hosts for the weekend. Eva is a biologist who lives and works in Tálknafjörður, a place she loves for its remoteness, clean air, and sense of community. She and her family are part of the 200+ inhabitants that reside in the quaint fishing village. Not only is she in the process of completing her master’s degree, but Eva, like many modern women, is successfully balancing multiple roles. In Tálknafjörður she was elected as oddviti, a position as the leader of the town council/chairwoman that works with the mayor of the village, listening to the needs of the locals and planning for the village. Eva also works as a project manager at the adult learning center of the Westfjords. As if she were not doing enough, Eva also owns a small part of an environmental and research company, RORUM, where she works part-time as a specialist and project manager. But of course, her most important and cherished role is being a parent to five-year old Embla.

The night’s menu was boiled sheep head prepared by first burning the head to remove all traces of hair and giving it a smoked flavor. There was smoked lamb with kartöflumús (a mashed potato dish), boiled potatoes in uppstúfur (a mix of wheat, butter, and sugar), peas, and rauðkal (pickled red cabbage).

Fortunately for me, my visit coincided with a fundraiser held by the local women’s group that organizes various events in the community. So, I seized the opportunity to experience a traditional Icelandic meal and donate 4500 isk (~$45 usd) to the cause. As I entered the community building, the scent of meat lingered in the air. The building’s indoor motif included fishing artifacts from the past and the walls doted pictures of people and occasions telling stories of the history here. In the kitchen, the local women’s group preparing food from recipes passed down from their mothers just as many of Iceland’s history and customs have been passed down from generation to generation. Upstairs, the tables were eloquently decorated and the residents made quiet conversation in Icelandic. Shortly after arriving, our food was served and I loaded my plate with sheep’s head, smoked lamb, and potatoes. I was a little apprehensive but I wanted to have the traditional experience, so I slowly pulled back the skin of the chin region and removed the meat while my fork gently clanged against the jaw and teeth. To my surprise, it had the texture and flavor of pot roast! To add to the ambiance of the night, a member of the women’s group recited a poem about the village in Icelandic and while I did not understand what was being said, the love for their small fishing community was apparent. It was obvious to me that the dinner guests knew I was a visitor, and a few people asked my host (in Icelandic), why I paid for the meal but only took a few bites (thank you, Sigge, for finishing my sheep’s head!). After the meal, I was able to get cooking tips from the multi-generation group of women who prepared the meal. I was grateful for the opportunity to share a meal and to learn about the traditions of a culture that is becoming less foreign to me as the weeks go by.

Just as the landscape of Iceland is changing due to climate change, the diet of Icelanders is also experiencing momentous changes. In the last few centuries, the Icelandic diet was animal-based and has slowly transitioned to grain-based. Similarly, in recent years, traditional foods are becoming less common and this disparity in cultural food increases as you get closer to the capital, Reykjavik, where 80% of Iceland’s population lives. I have been told the younger generations do not often participate in some of the traditional meals. This was apparent the night with the community: of the 200+ residents, there were 35 participants with an average age of well over 40. In speaking with the older generations of Iceland, these traditional meals were once part of their weekly meals but are now becoming distance memories. For many residents and visitors alike, traditional Icelandic foods are a novelty, experienced on special occasions such as þorrablót, a winter feast in February, where locals get together to eat traditional Icelandic foods all around the island ( I can’t wait!).

Buildings housing various stages of fish at the aquaculture facility

Housing for thousands of fish eggs 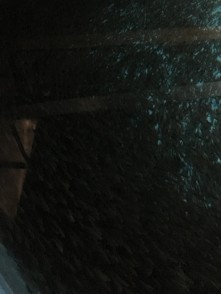 Fish have always been a staple of the Icelandic diet and despite some traditional foods becoming less common, Iceland’s fishing industry is steadily growing. While aquaculture, or fish farming, has been present in Iceland for more than a century, it has grown significantly in recent years, reaching 8000 tons in 2014 with a potential of more than 200,000 tons. Tálknafjörður is home to this growing industry and is where Eva’s partner, Sigge works. Today, fish make up 70% of Iceland’s export income with the U.S. receiving much of the catch. Concerns over fish-farming have been an issue for many years and for several reasons in Iceland. For example, the non-native and farm-raised rainbow trout escaped farming pens and can now be caught in Icelandic rivers. Just like other fish farms around the world, parasites and pathogens can also be a problem and parasites were the basis of my visit to Tálknafjörður. Eva investigates how fish lice (parasitic copepods) are affecting the native fish of Iceland. This past summer, she and her assistants, collected fish from various sites to examine the abundance of parasites. She says this is important so that fisherman and farmers can monitor fish lice populations over time because parasites can have devastating effects on fisheries. Fortunately, Iceland has  many scientists like Eva who are monitoring populations of wildlife in Iceland  where residents are so closely connected to the land. Monitoring for parasites and pathogens is important for wildlife but ultimately, the livelihood of these quaint Icelandic villages.

Snow on the way home made for a beautiful lunar landscape. 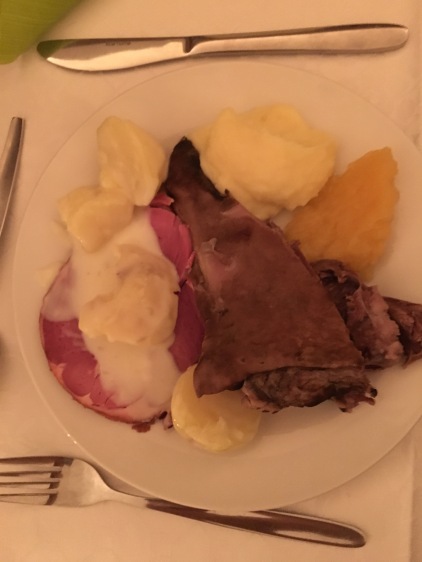 Recipes are passed down from generation to generation. 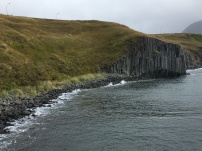 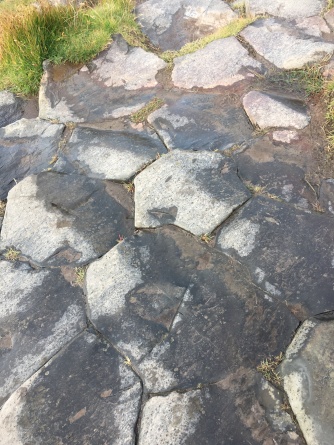 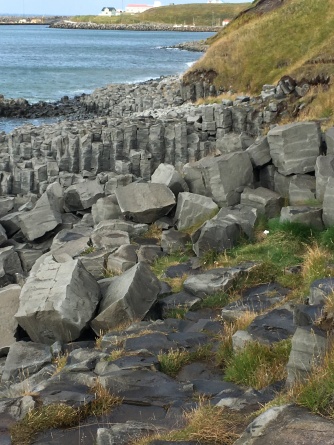 Looking south towards Hólar from Hofsós.